There can be no doubt that capitalism has been one of the most powerful driving forces behind unprecedented economic expansion and the improvement of standards of living around the world. Yet at the same time, traditional capitalism has always ignored certain elements of a business's operating environment, often passing costs associated with things like environmental damage, long-term health effects, and disruption of communities on to the economy at large in very inefficient ways.

At The Holistic Capitalist, we have seen many signs that we as a society are approaching the edge of the paradigm of traditional capitalism. Communities and even governments are pushing back against corporations that operate with a narrow scope of vision, with anti-corporate legislation and executive orders, and anti-capitalist sentiment growing more and more commonplace, in a society that owes its success to the very economic system it is coming to hold in disdain.

Many companies have already developed methods, policies, and philosophies that extend beyond the edge of the current paradigm, but so far there's been little in the way of a cohesive societal vision of that the next paradigm might look like. We call the next paradigm Holistic Capitalism, a socioeconomic system that will take the best parts of traditional capitalism and build on them, while incorporating a more holistic vision that includes all of the real costs, impacts, and opportunities that surround any business.

The Edge of the Paradigm

What's wrong with the old paradigm? Why we need to change.

Traditional capitalism has brought us a long way, but there are signs we're reaching the edge of the paradigm. It's increasingly clear capitalism is primed to evolve into something new... but what will it look like? 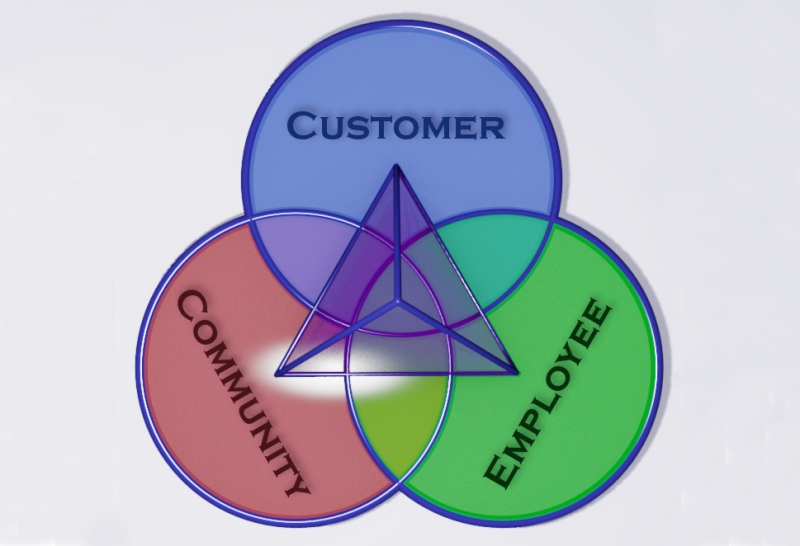 What is Holistic Capitalism? How it can help.

We believe the new paradigm will still be a form of capitalism, but one that accounts for the holism, or the entire impact an organization has on the world around it, and the impact the world has on it.